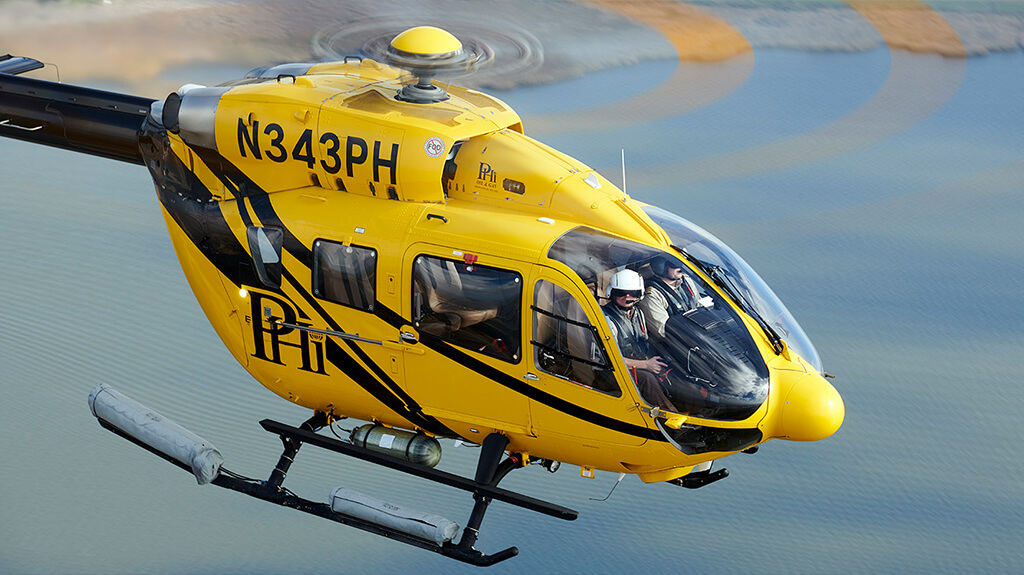 PHI is the only offshore helicopter operator flying the Airbus H145 in the Gulf of Mexico. Why add this model to its fleet?

The Gulf of Mexico is home to nearly 2,000 offshore oil and gas platforms, from production rigs with a handful of personnel to sprawling drilling platforms. As oil fields are explored and exploited farther offshore, operators must respond to the challenges. PHI responded with the H145.

The company formerly known as Petroleum Helicopters Incorporated has been involved in fossil-fuel discovery and production since 1949, starting with three Bell 47 helicopters. While it officially trimmed its name to simply PHI in 2006, over the years the company has expanded its fleet and range of missions. PHI now operates 220 aircraft at bases around the world, supporting oil and gas production, wind farms, onshore mining, air medical, search-and-rescue operations, and maintenance, repair, and overhaul services. 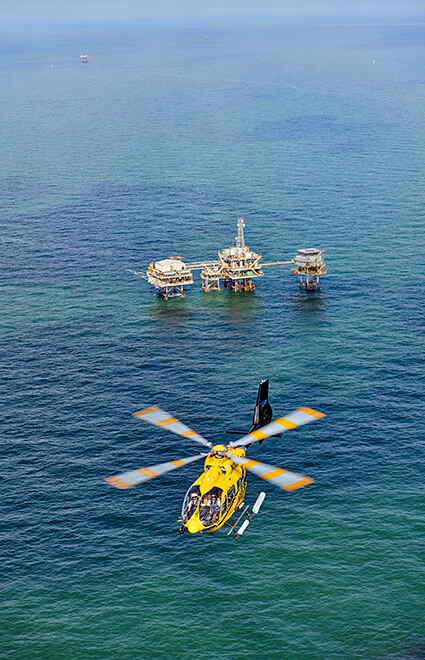 Despite its expansion into other missions, PHI’s core business remains offshore support for energy production, and it is a leader in that competitive sector, experienced in delivering safety and efficiency to its customers. The company’s strong safety culture has produced industry-leading performance in the areas of flight and occupational safety. So when PHI added the Airbus H145 to its Gulf of Mexico fleet, industry observers saw the move as a big plus for the twin-engine light utility helicopter.

As oil and gas fields are discovered farther offshore, aircraft must be up to the challenge. Extended distances mean extended flight times and, if you’re familiar with Gulf of Mexico operations, you know visibility can be limited and, more critically, changeable.

Together, these factors require fast aircraft that can operate in degraded visual environments while carrying enough passengers, cargo, and fuel to not just make the trip—including to alternate landing sites if needed—but also to make the trip worthwhile for both client and operator.

According to Scott Clancy, PHI H145 airframe project lead, “Airbus has captured all of the great elements and lessons learned from the BK 117 family and brought them forward with numerous modern improvements to make the H145.” 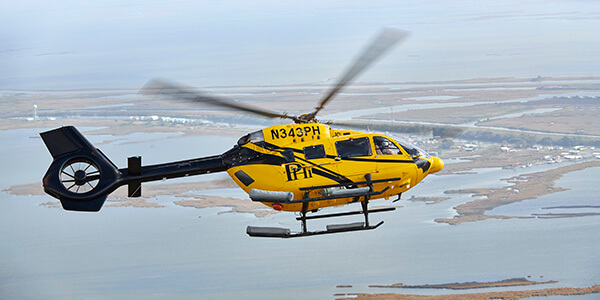 The most obvious difference between the H145 and an earlier model, the EC145, is the Fenestron tail rotor, which reduces noise and improves safety.

More specifically, while working closely with its customers, PHI chose the H145 for its payload, range, and speed, coupled with its single-engine performance, even at maximum takeoff weight, and its dual-pilot IFR capabilities.

Clancy specifically cites the performance of the H145’s Arriel 2E engines, manufactured by Safran: “Hot-and-heavy takeoffs don’t require incredible feats of skill; in fact, we rarely, if ever, use full takeoff power. Engine controls are a simple three-position switch, and the full-authority digital engine control takes care of the rest.”

For avionics, Clancy credits the Helionix system from Airbus, plus dual Garmin GTN 750 touchscreens, augmented by an integrated synthetic vision system—a first for PHI—with both lowering pilot workload and increasing operational safety. Add in full autopilot and autohover, and you’ll begin to see why the H145 was a great match for PHI’s operations.

Ron Workman, PHI H145 oil and gas line training captain, has more than 700 hours flying the type in the Gulf of Mexico. He’s effusive about the aircraft: “The H145 checks all the boxes, being an incredibly safe and capable multiengine platform with great OEI [one engine inoperative] performance.” Workman adds that the performance of the Helionix avionics coupled with the dual GTN 750 screens is “most impressive, especially during challenging IFR weather in the Gulf.”

Another PHI colleague, Chris Lemoine, who has piloted H145s offshore for three years for the company, sums up his impressions of the aircraft this way: “It has the best avionics and autopilot of anything I’ve flown, and the power to do anything we ask of it.” 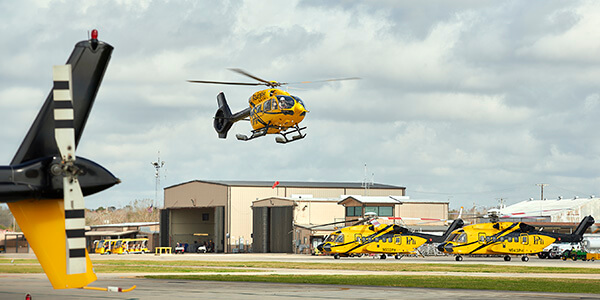 In addition to its H145 helicopters, the PHI base at Houma, Louisiana, hosts a range of other aircraft, including Bell 407, Sikorsky S-92, and (not shown) Eurocopter EC135, Sikorsky S-76, and Leonardo AW139 models. Photo by Mark Bennett/HAI

PHI ordered its first two H145s in 2016 and put them into service in late 2017. It now operates those in the Gulf of Mexico and, since May 2019, flies two more in Australia, conducting marine pilot transfers supporting offshore energy operations. The company is also evaluating, in coordination with potential customers, the H145’s suitability in other sectors.

Cory Latiolais, VP of commercial and business development for PHI, says, “We continue our efforts to innovate, evolve, and invest in new platforms that drive a safe, quality, and efficient service. The H145 fits well into our strategy plan aligning with these core values and driving financial performance.”